After a short stay in the hospital I am finally feeling the strength to paint return just a little. I wanted to post an update to this figure showing how it stands as of now, before I do anything else to it. Really observant followers who know their Late Romans will note that the "Chi-Ro" device on the standard has now been reversed to face the proper direction. How many times did I look at it without ever recognizing that I had glued it on backwards?

The sections of cape were painted on the sides facing the figure prior to being attached to the section cast integrally on the torso. This obviously allows me to avoid having to risk getting paint on areas of the figure previously completed. The mixes of various shades of Cadmium Red are fairly straight forward so matching colors on the areas still to be done will be simple. 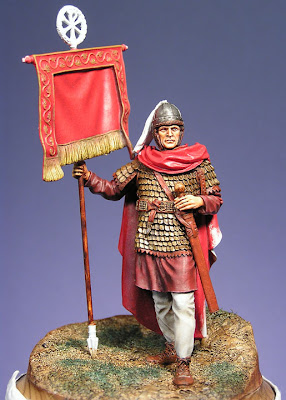 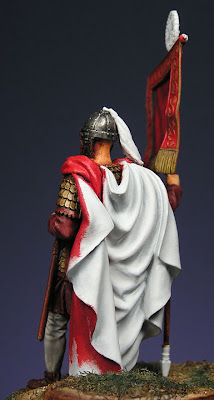 Additionally the field of the standard has been painted as well as a variegated base color for the gold fringe and vine details. This is a mixture of Yellow Ochre and Cad Yellow Medium with a tiny touch of Mars Black added to darken and shift the tone. Leather work has begun as well with Mars Brown and a touch of deep Cad Red applied, followed by a wash of Mars Black once dry. Much more work on these areas is to come. 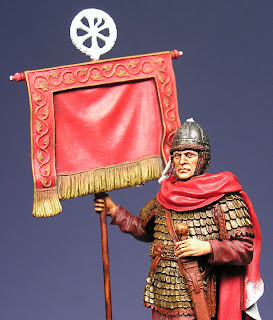 I am committed to completing the previously posted busts and will be working heavily on them this coming week prior to my being allowed to return to work. In between though you can expect more work on this little beauty.
Posted by Jim Johnston at 9:20 PM No comments:

And Then There Were Three!

So having shown two of the three busts I am painting yesterday, I now present the first of the three that I will be painting. This bust is in the same series and represents General Ritter Karl von Fasbender in the uniform of the 1st Bavarian Jager Battalion, 1916, Amiens. Again this is a very nice portrait piece in this series from Ulrich Puchala and the highlight for me is the detail sculpted on the Shako logo. I will be starting on this straight away and am really looking forward to seeing how I do with his likeness. 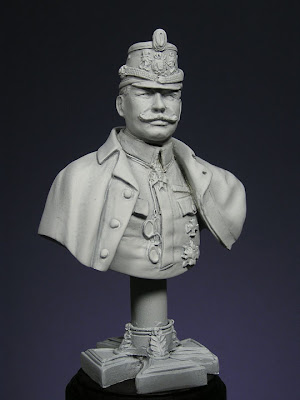 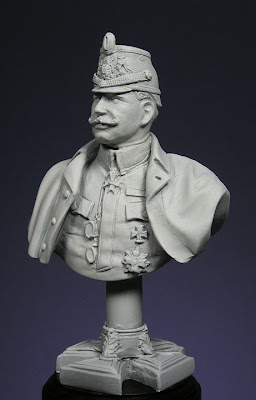 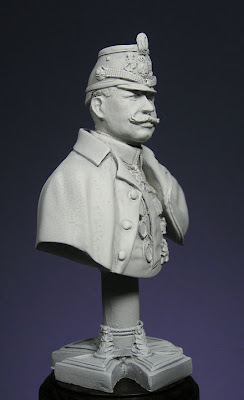 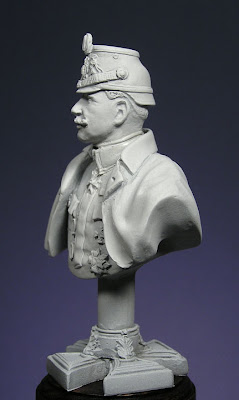 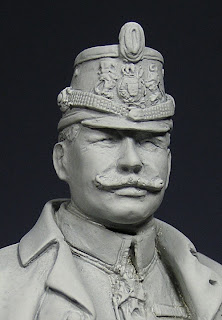 I think the likeness is quite good and I am told that Fasbender had a sparkle to his personality. The photo below is a later portrait of the man but still very helpful. Ulrich has given me some insight into all three characters so that I can work on capturing that in their portraits. 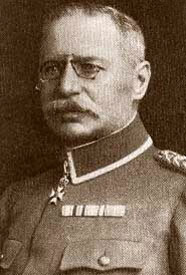 Again, my thanks to Ulrich for asking me to tackle these pieces.
Posted by Jim Johnston at 7:45 PM No comments:

Two new busts primed and ready to paint. Both are sculpted by Ulrich Puchala for his Centaur Line of miniatures. The busts are portrait pieces, cast in resin by YS Masterpieces. As I said in my posts while painting the last bust, I have a strong interest in WW1 subjects and Ulrich was very happy with the job I was doing on the SK Miniatures piece so he was willing to let me paint these for him as box art pieces. I want to thank him for his trust and hope he will be happy with the end results.

Ulrich's kits come with a comprehensive color instruction sheet containing a ton of references for the subject of the kit. I won't need to do nearly as much research before painting these as he has done his homework.

Assembly was straightforward as with most resin kits although I found myself doing more prep work than I am used to due to many small air bubbles and the fact that one of the kits had suffered from a mold that should have been replaced prior to making this casting. These things happen and having been in the business myself, I am both overly critical of castings as well as understanding of how things can slip through.

I would recommend these kits to anyone with a passion for this subject matter as Ulrich's research and sculpting are impeccable.

The First kit is of Ferdinand Graf v. Zeppelin in 1891 wearing the uniform of Generalcommander of Cavalry, Uhlan-Regiment "King Karl" (1. Wurttembergisches) No. 19 - Ulm. 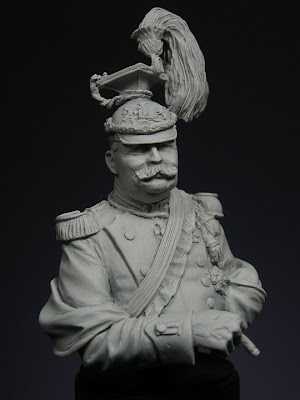 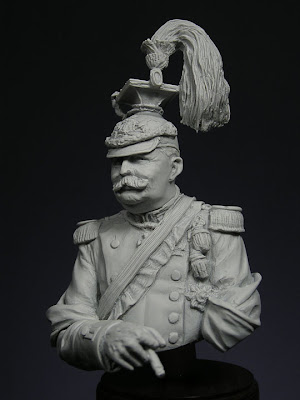 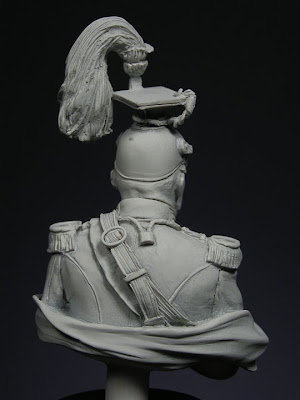 The second kit is a portrait piece of Grand Duke Wilhelm Ernst of Saxe-Weimar, 1914, in the uniform of General of Cavallerie, Carabinier Regt. 2nd Cuirassier Regt. 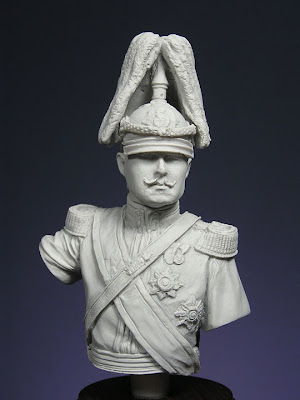 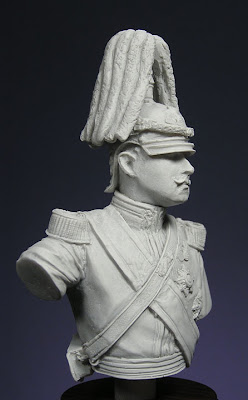 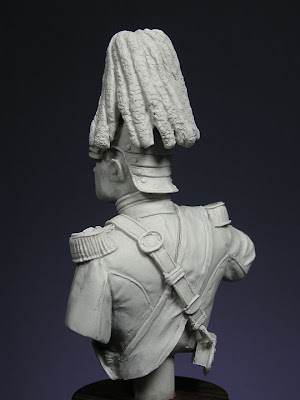 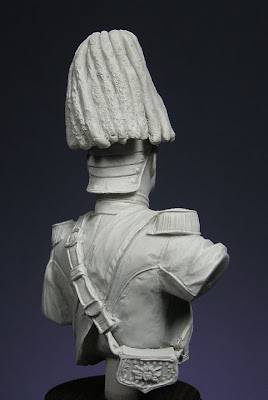