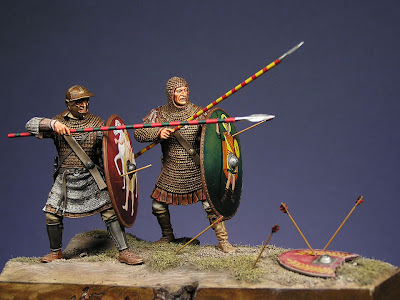 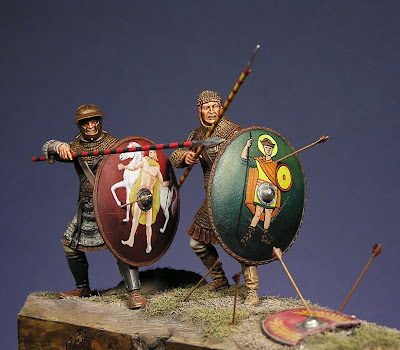 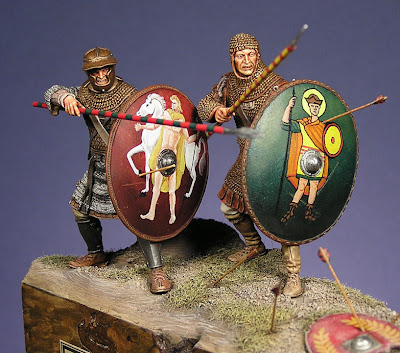 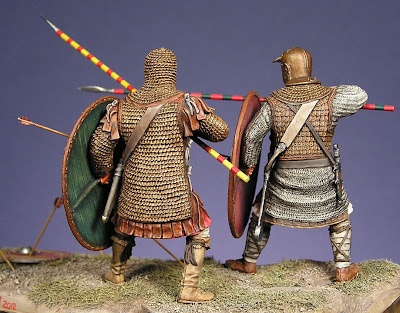 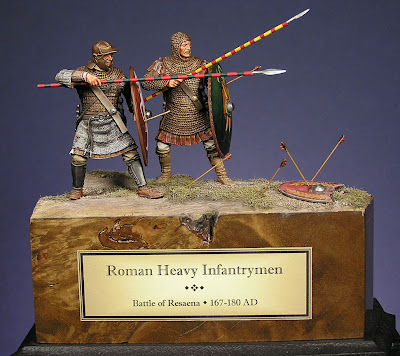 At long last this piece is nearly complete. Except for some weathering on the shields and any minor touch ups required it is done. I really need the arrows to dry before getting anywhere near the shields with a brush. Just realized that I didn't over type the date so a new name tag is in order as well.

This vignette of The Battle of Resaena was quite a bit of fun despite the time required to complete. Enjoy!

As if I don't have enough projects going at the moment I have placed a priority on completion of the box art for this new release from SK Miniatures. Carl Reid has once again created a masterful depiction of an Officer in the 1st Madras Light Cavalry. The British subject is extremely colorful and the pose is wonderful. Cast in 8 grey resin pieces, the kit is easy to clean and assemble. My only change was the angular cut to the base pedestal so as to use one of my Thomas Art bust bases. The texture of the base matches the texture of the pedestal nicely. I will be painting the right hand seperately, but I chose to assemble the two arms on the torso feeling I could paint them as a unit. Many will choose to paint the arms seperately but I didn't want to have to worry about the join after having completed painting.﻿ 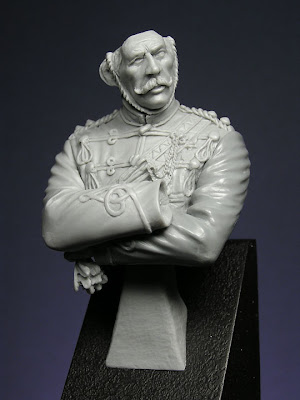 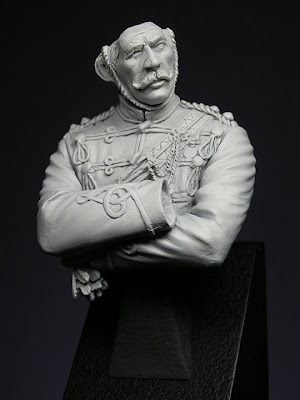 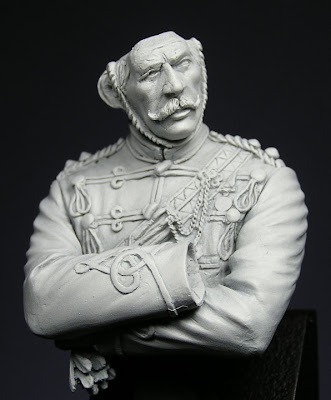 The Illustration below will give an idea of the colorful subject.

Posted by Jim Johnston at 11:12 AM No comments: